I decided to upgrade both the forks and headset from the Sur Ron stock parts. Unlike some others I experienced no headset issues like play or binding. Nope mine were fine. And the RST forks are very satisfactory for 85% of the riding I do. That entails street riding to run errands, fire roads, bike paths, OHV parks and trail riding. The only times I noticed less than good front end behavior was during high speed bumps or holding a line in fast bumpy corners. What that means is hitting something with a hard edge, or ‘high speed’ compression. Think of running into and over a curb or down a long flight of stairs. Those are the types of bumps considered ‘high speed.’ The result was a rather jarring hit through the handlebars, or holding a line in a bumpy corner without having to over compensate to remain on my line. If large bumps are present for an extended run (300+ yards) arm pump would set in for me.

In a former life I was a road racer. I had switched to Ohlins suspension on my RC51 and was overwhelmed by the difference GREAT suspension makes in a bike. In truth Ohlins suspension will spoil anyone who experiences the smoothness, the tracking through corners, etc. etc. Now paying 3-5k for racing forks is a different story when you’re in competition to win. No way was I going to fork over the cost of my total sur Ron on suspension for a bike I use for fun.

I looked at Ohlins DH MTB forks….way too pricey for what I need or will ever use to their full potential. I’m pragmatic and maybe in a prior life I would have purchased them.

But a fellow owner alerted me to an AliExpress deal on a set of forks called the Manitou Dorado Pros. I had never heard of them and in truth had never researched any forks for the Sur Ron. I was just happy that Luna had opted for the Killah RST forks after assessing them against the DNM (Do Not Mount was their joking way of referring to those forks) forks originally installed on the first Sur Rons. So for $642.27 USD including shipping for a pair of Pros I just could not pass it up. After doing extensive research on the forks, Downhill News’ review  finally convinced me to make the purchase. I have found their reviews to be very comprehensive, candid and fair.

The only other worry for me was AliExpress. Since this would be my very first purchase through what many say is “The Amazon of China” plunking down 600 bucks and change made me a tad nervous. So I entered my credit card info and kept an eye on my account. Just ten days later a package arrived all taped and wrapped securely. My forks had arrived!

During my research of the Dorado’s I had noted that they made a major change to their forks in 2014. The pair I was purchasing was listed as being manufactured in 2014 so I checked the date on the box as well as on the fork legs. Sure enough both legs, although manufactured on different dates, were manufactured in 2014.

In the image below you can see the stock RST fork and how the spacers are placed along with their size. One below the top triple clamp and one under the bar mount. The distance from the top of the RST steering tube to the bottom bearing race is 8.25″

You can see in the image below that I used the stock bottom spacer from the RST below the top triple clamp. I increased the size and number of spacers (with those I bought) between the top triple clamp and the bottom of the bar mount. This increased the height of my bars by 0.75″. I had previously replaced my stock bars with some that have a 3″ rise so in total my bars are 3.75″ higher than stock. Actually they are a bit higher than that because I reversed the stock handlebar mount which gave me another inch of height. I find that height just right for me when I’m standing on the pegs or pedals. BEFORE CUTTING ANY STEERING STEM MEASURE TWICE AND CUT ONCE. If you fuck up, it’s expensive. And be sure to leave at least 3mm of space LOWER than the top of the bar mount. If not you won’t be able to tighten down the forks against the headset which will give you too much play in the headset. 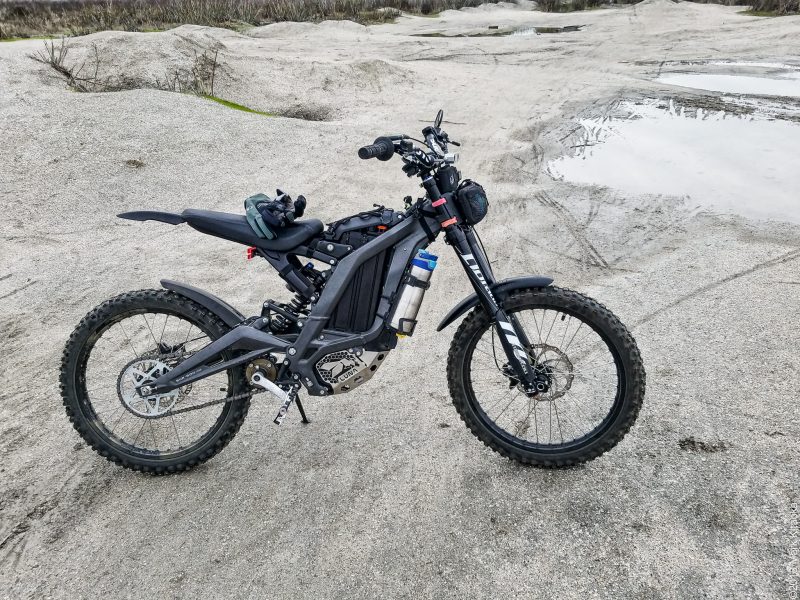 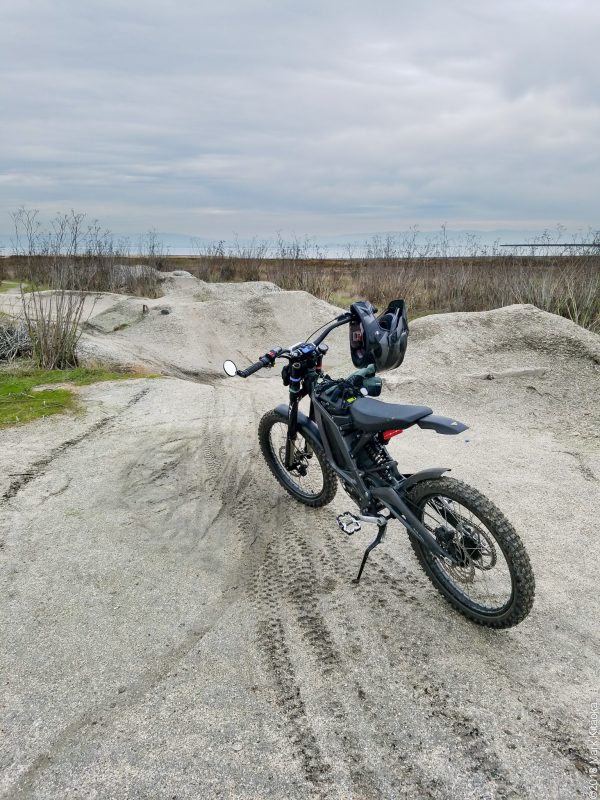 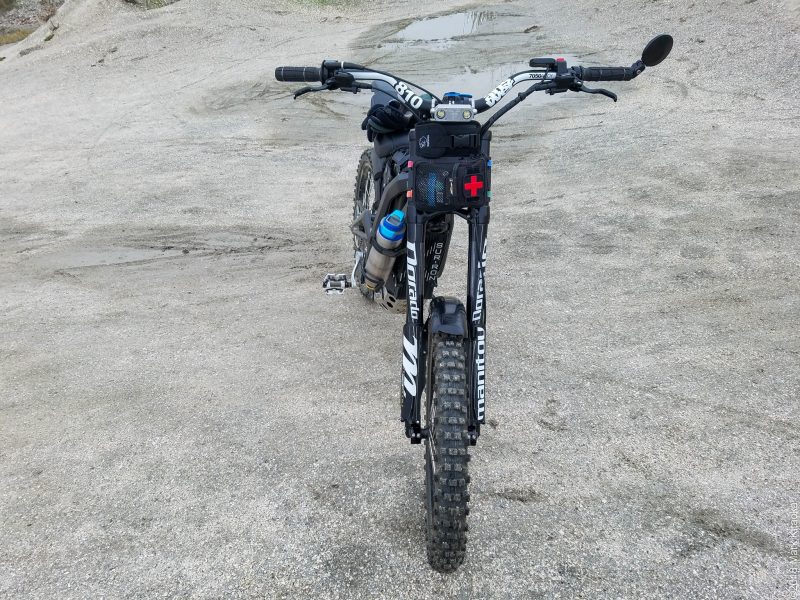 So I’ve had a chance to do a cursory run with the Dorados. I can only say they are PLUSH in their ability to absorb both low and high speed bumps. Being able to set up static sag is super easy with an air sprung fork. I followed the advice of the Manitou manual for initial settings. I also noticed that a single click of either high speed/TPC (low speed) or rebound damping has a noticeable effect on handling.

I have lots more to experiment with in a variety of situations. But at this point I will just say that I am not disappointed with the purchase. They feel much like my Ohlins did when I first installed them, incredible.

While attempting to adjust the amount of static sag in my Dorado’s using my Manitou air pump air suddenly escaped from the forks causing them to collapse to almost a fully retracted state. Yet the pressure gauge continued to measure 5 bars. I had contacted Hayes who manufactures Manitou forks.

The forks need to be unweighted when adding or removing air. Granted most people mount these forks on a 40 pound mountain bike, not a 110 pound electric dirt bike. Doing that allows both the negative and positive air chambers to fill easily when they are fully extended. Whew!

I have to say that replacing the RST forks with the Dorado’s was well worth the effort for the terrain in which I ride most often. No it’s NOT a small price even at the cost I obtained it for. But for me great suspension is worth the effort and cost. Not only are bumps that are sharp edged more controlled, but turns that are off camber take much less effort to hold a line. In addition, the ability to get on the pipe (oops no pipe on this bike!) earlier is pronounced over my RST forks. Also on long downhills that are rutted and choppy, the forks really shine. Arm pump is a thing of the past for me now on those bumpy descents. Loose surface turns are also much easier to navigate now. All in all these forks are really great for what and how I ride.